STAT 344 – Sample Surveys was actually a very enjoyable course for me. Unlike many theory-based statistics courses, stat 344 gives concrete and practical examples of how surveys are conducted. This gave me a feeling of accomplishment because I could get a sense of how what I was learning could be applied towards real-life situations. A common question that was asked on practice exams: we are given a table of data and we are asked to treat the data as a

and find their relative estimates and standard errors.

Some topics or concepts covered in this course (Off the top of my head): 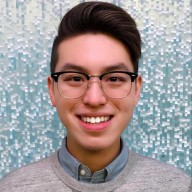